El Camino: A Breaking Bad Movie (or simply El Camino) is a 2019 American neo-western crime thriller film that serves as an epilogue to the television series Breaking Bad. Series creator Vince Gilligan wrote, directed, and produced the film, while Aaron Paul reprised his role as Jesse Pinkman. The plot follows what happens to Pinkman following the events of the series finale. Several actors, including Jesse Plemons, Krysten Ritter, Jonathan Banks, and Bryan Cranston, reprise their original roles from the series, all of them appearing in flashback sequences. El Camino was also the final film to feature Robert Forster, who died on the day of its release.

In a flashback, Jesse Pinkman and Mike Ehrmantraut discuss their departure from Walter White’s meth business. Jesse asks Mike where he would go to start over and Mike says if he was younger he would go to Alaska, an idea Jesse finds appealing. Jesse expresses a desire to make amends for past wrongdoing, but Mike cautions that starting over will make it impossible. 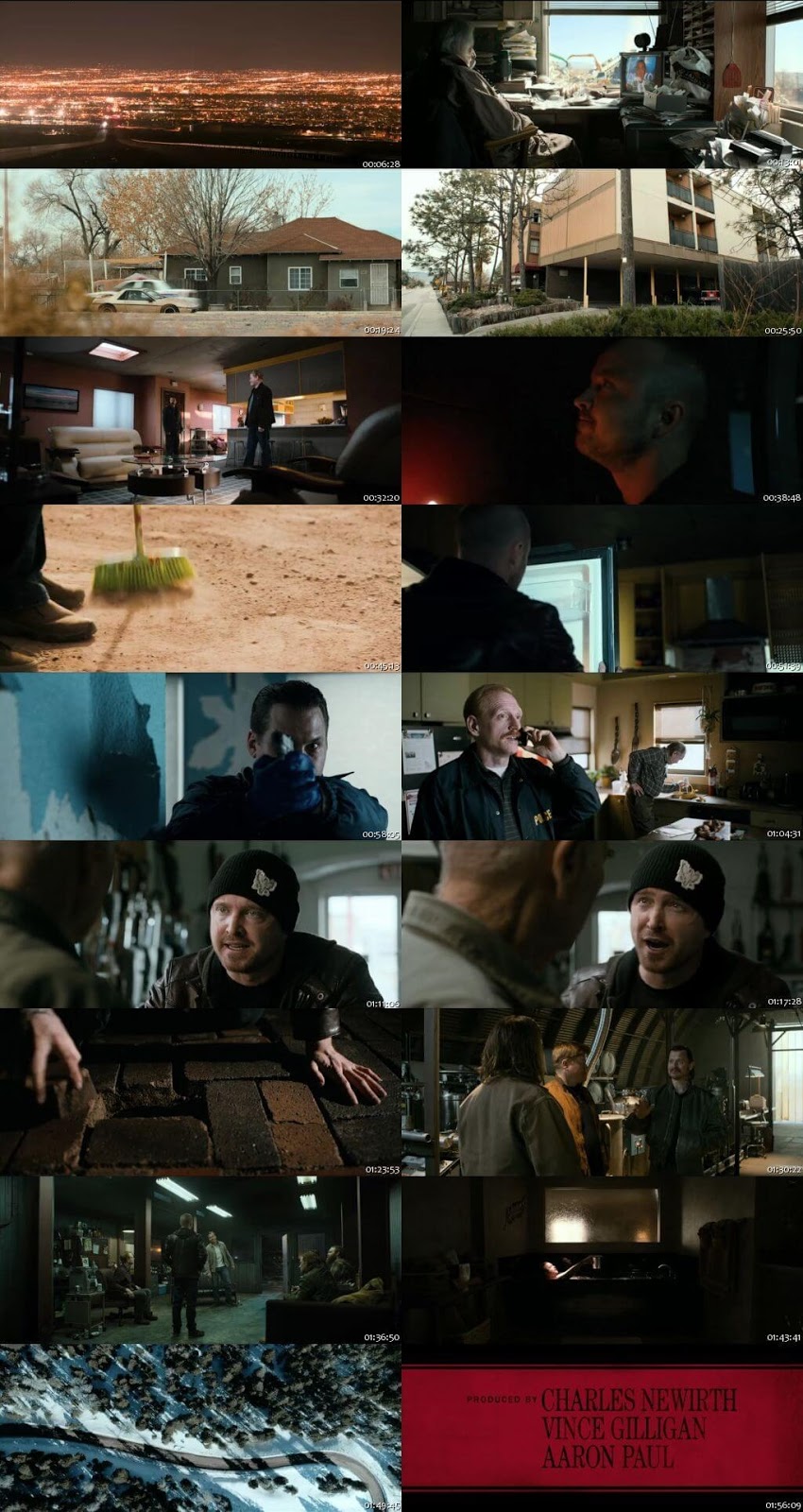